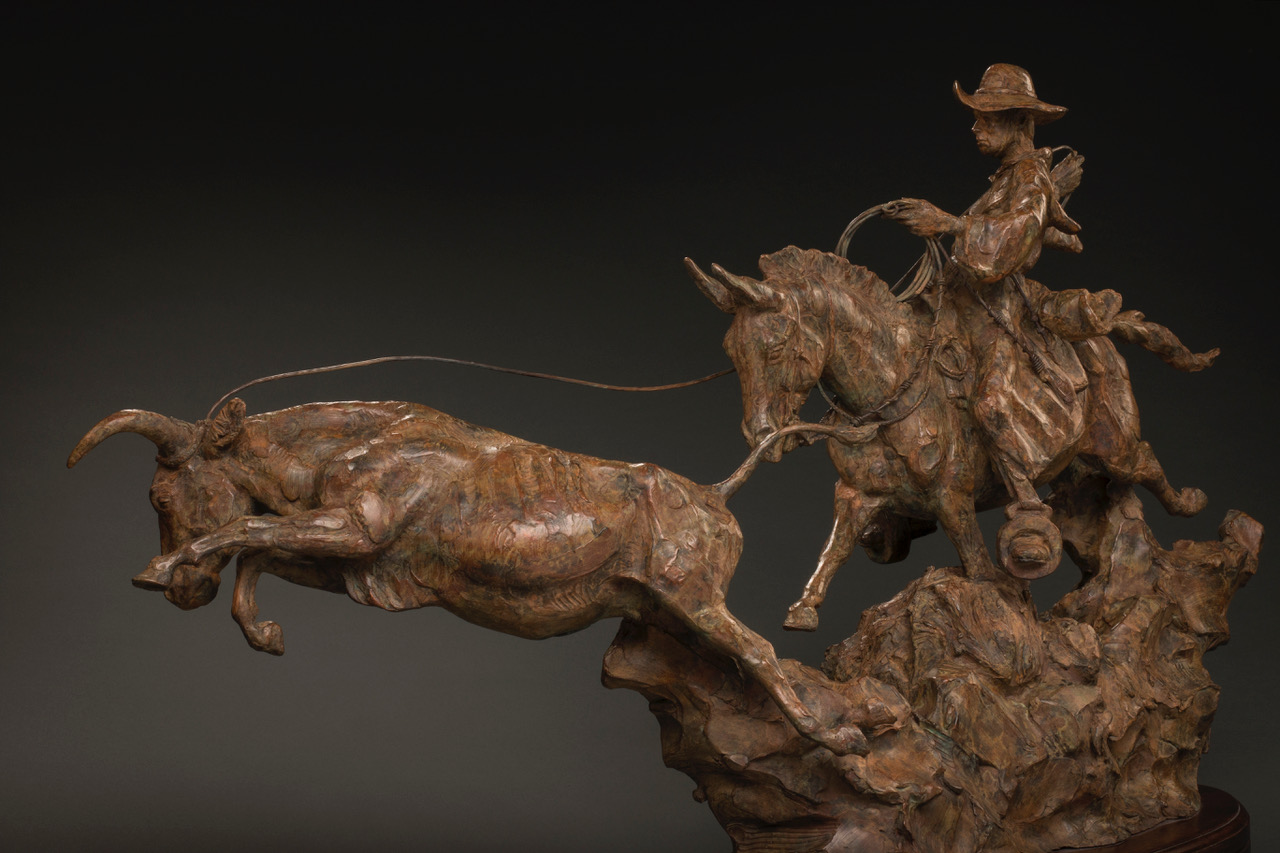 History is filled with heroic men and women who went about their work and lives quietly without fanfare. Such is the story of the Mission Era in California and the men who came into that vast and unknown land to carry out their calling.     Beginning in 1769, Franciscan Friars came to California with the de Portola expedition and began to build the mission system. Each Mission had to be self sufficient, so a few head of livestock were left at each location. The cattle needed care, at the same time the missions began to grow thus creating a greater need for vaqueros {Spanish for cowboy}. The friars began to recruit men from the California Indians who were living at the missions. The padres were teaching farming and faith, however the Indians also showed a strong interest in the strange creatures the Spanish had brought to their land.  The padres had a keen awareness of what it took to be a vaquero. Many padres were fine horseman, raised with the Spanish traditions of horsemanship. They knew how to start colts, how rope, brand, and all of the ins and outs of the cattle management. So, they began to teach their charges at the missions. The Indians took to it like a fish to water!

This piece shows exactly how these dedicated men would teach their students. Mules were the predominant saddle stock, though there were horses as well. I’ve mounted this friar on a good mule that knows the job at hand, as the Spade bit tells you he was a highly trained mule. This bit was smaller than what we see today and was made at the mission. The vaqueros made almost all of their gear,  so the rawhide reins were also made by the vaquero. There is a horsehair rope, called a “mecate” tied around the mules neck. This was to lead the mule. His saddle is typical of the type of that period, with a single cinch straight down from the middle of the fork. The large wooden horn made dallying the reata easier when they roped a cow.  Big, four inch wooden stirrups were the norm. This padre has his poncho tied onto the back of the saddle, and he is wearing his wool robe, sandals and cross. These men had no other clothes for working cattle, so they wore what they had. He has roped the cow with his rawhide reata and is closing the loop around the horns of the wild cow. He is  ready to dally up. This cow has been caught!

The mule has its ear up and is moving fast. She knows exactly what’s coming next and is ready for the task. Notice the determination of the padre. Here is a man who is accomplished in craft and calling. If it were not for these brave padres who ventured into the unknown wilds of California, there would never have been “The First Californio”.