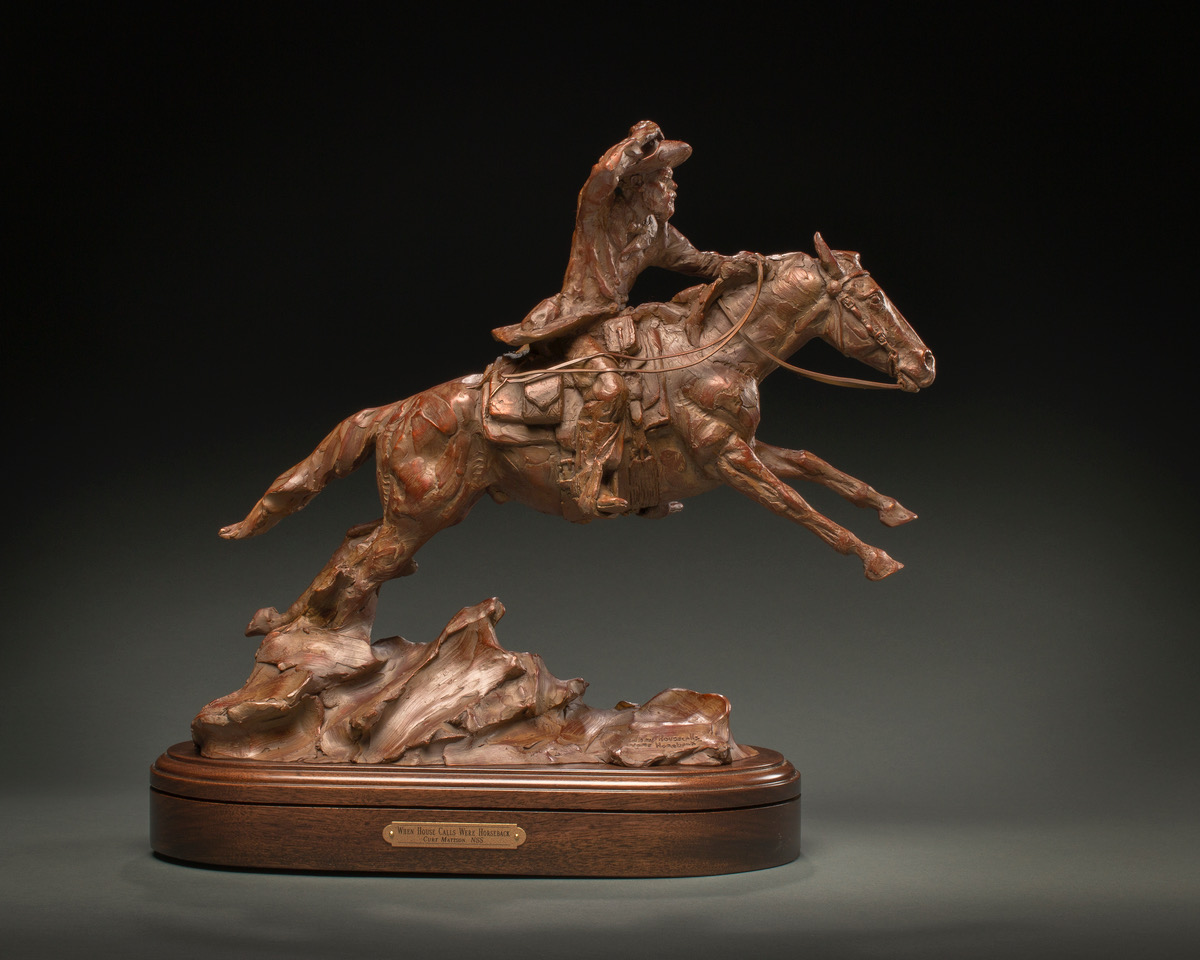 One of the most colorful and important occupations in the Old West was that of the family physician. These doctors faced many challenges in order to carry out their mission. Rain, snow, stifling heat and long distances were all a part of their everyday life. From the military doctors on remote posts, to the family doctors in small towns all covered untold miles to treat the sick and injured. These men were amazing. Some were highly trained and came West because of boundless opportunity. Some needed a fresh start. Some were not the most gifted and thought they could make a living where the need was great, no matter their skills.  Some travelled on horseback, others used buggies. All were an integral part of the Western fabric and all had amazing stories to tell.

There are many interesting books on the doctors of the Old West and I took from many to create a composite for this sculpture. This particular doctor is from the 1880’s period. The saddle he is using is typical from that period, a square skirt with double cinches. It had no maker mark, so its origins are unknown. Physicians were not necessarily good horsemen, so their saddles were basic and functional. His saddle bags were made by A.A. Melllier and were very popular during this period. These bags were set up to carry various vials of medicine the doctor might need. This doctor also had pommel bags to carry other tools, implements and medicine. These men had to be ready for anything when they were called. So they did their best to be prepared. In his right coat pocket is a large bottle of antiseptic and in his left pocket his stethoscope.

The doctor portrays a sense of urgency. He has gotten himself together quickly and is off to his patient. He urges his horse into a fast gallop. The horse lunges forward as the doctor holds on to his hat! Doctors of the Old West were life savers to the people of the day. They were always available to come when called in a time “When House Calls Were Horseback”.