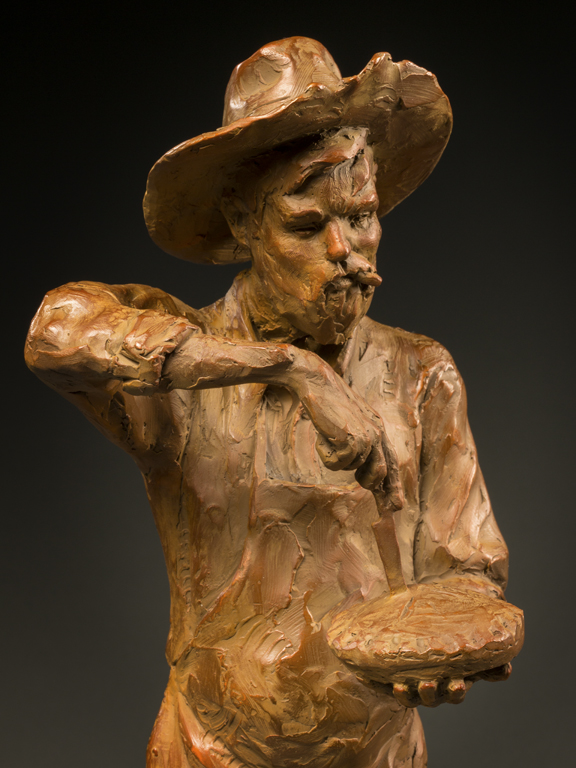 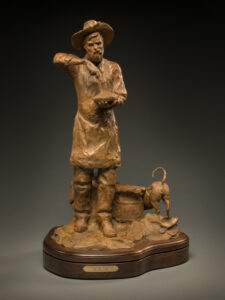 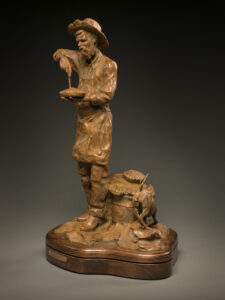 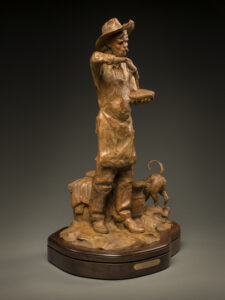 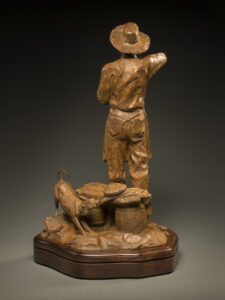 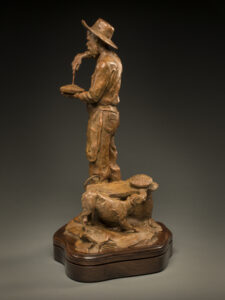 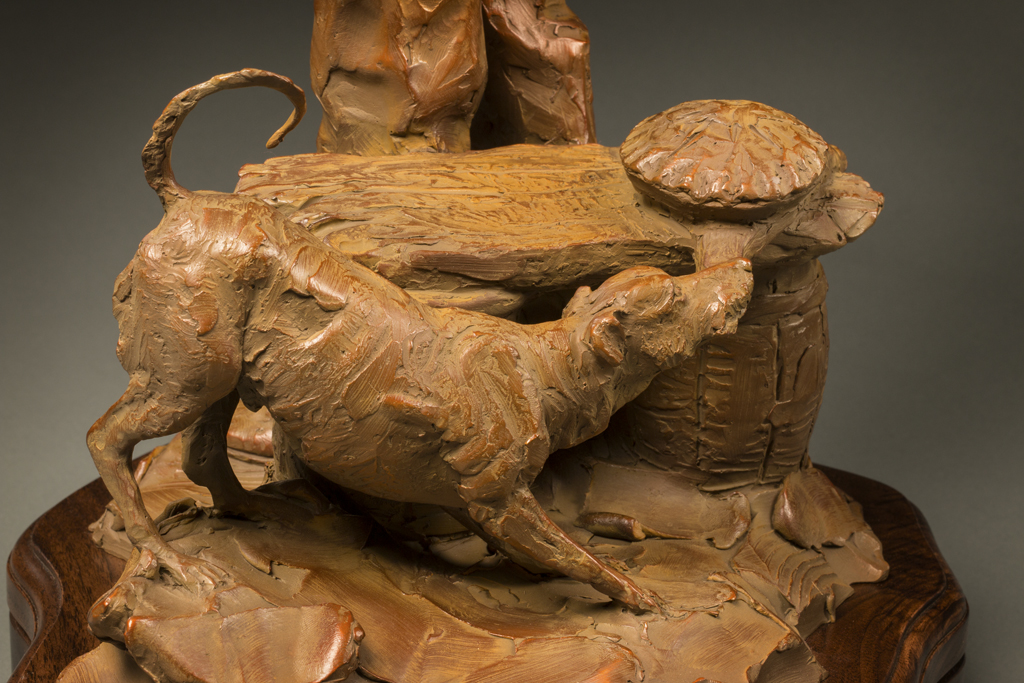 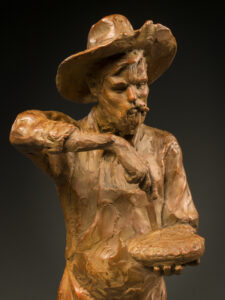 Camp cooks on the ranches are some of the best subjects for sculpture! Most of these men are older, salty characters. Some good, some not so much. The cook for any outfit is a very important part of the operation. If the cook is no good that ranch isn’t going to keep a cowboy for long, at least good cowboys.  Many of the cooks were cowboys in their younger years. Due to age or injury they may not be able to cowboy anymore,  as a cook they can be around the life they love. Some of the cooks might have a checkered past and may never have been around ranching. However, their skill in cooking has allowed them to live a life of meaning in beautiful country with good men around them. These men often have a loyal companion that has been with them for many a year, their dog. That is the starting point for this piece.

This cook is from the early 20th century. He is perhaps one of those former cowboys who had to find another career and camp cook was right up his alley. His hat is very worn and tattered. His apron is stained from many years plying his trade. This particular cook worked out of a cook shack and has made a shelf from a couple of barrels as a place to cool his pies. Good pies are always a treat and the perfect finish for a cowboys meal. His pants are worn, boots worn down at the heel, and he is on the last puffs of his cigar. He cuts the openings into the pie he is about to put in the oven. Two more pies are cooling behind him. He is unaware of a potential problem.  His best friend sure likes pies just as much as the cowboys for whom they are intended. So, he sneaks around the otherwise occupied cook and grabs the towel under the pies so he can get his muzzle into that big bunch of goodness! Just one more tug and it just might come! The cook is about to become a victim of “The Pie Thief”.