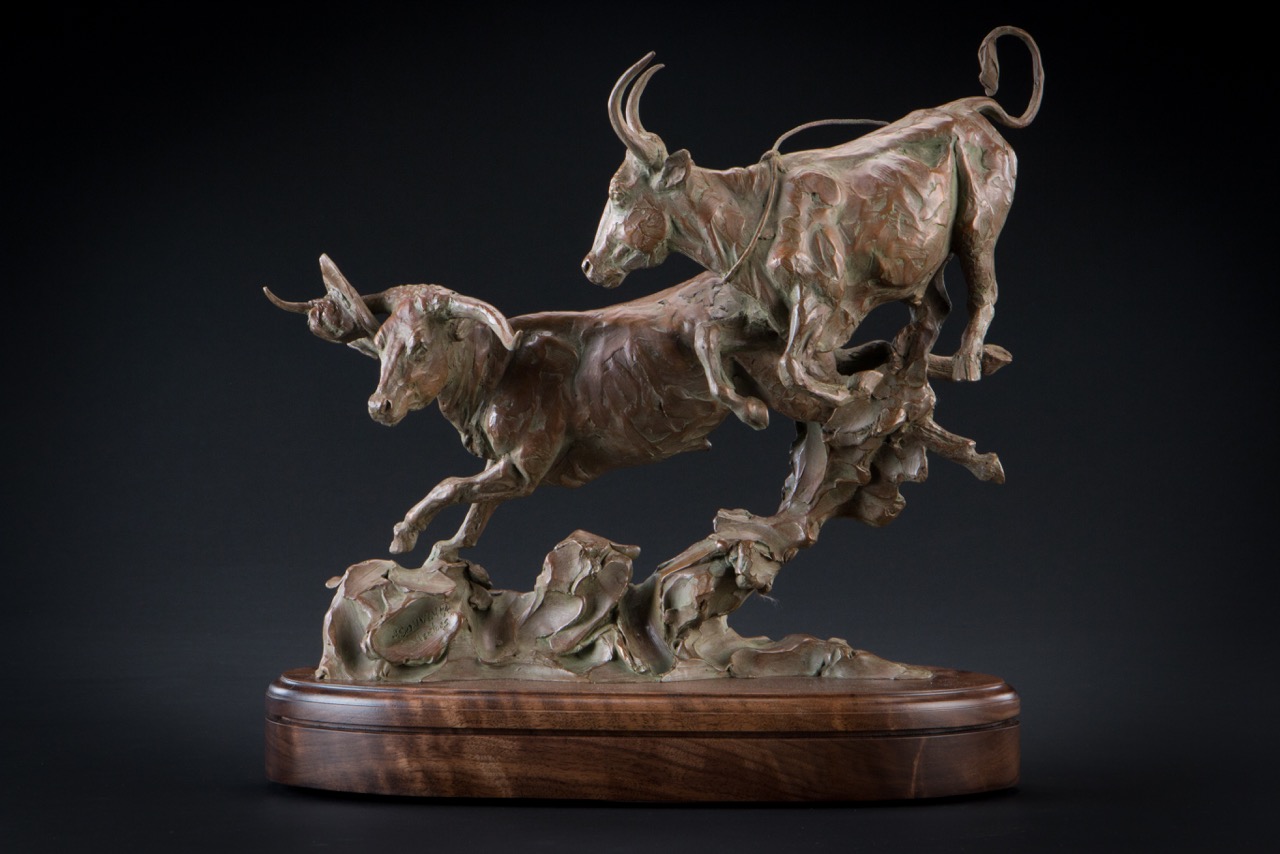 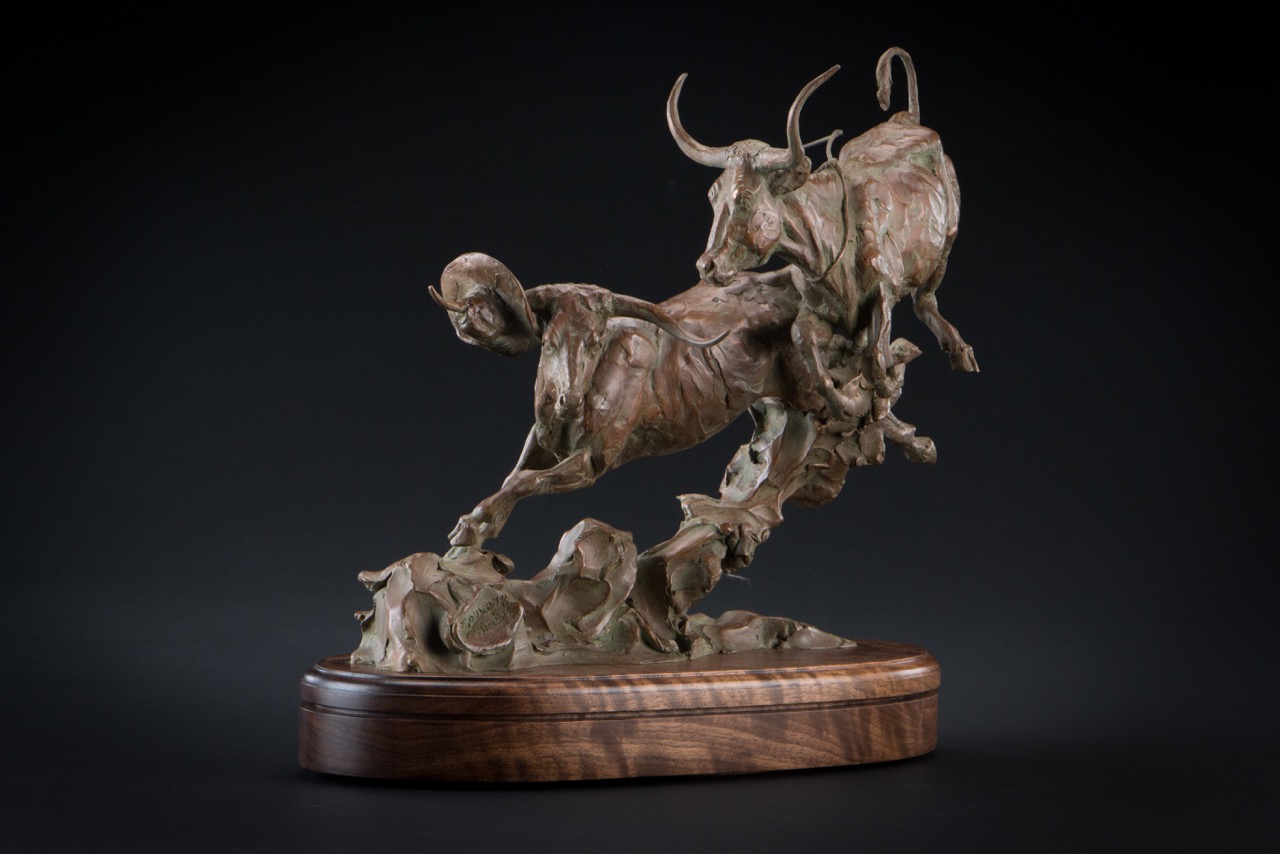 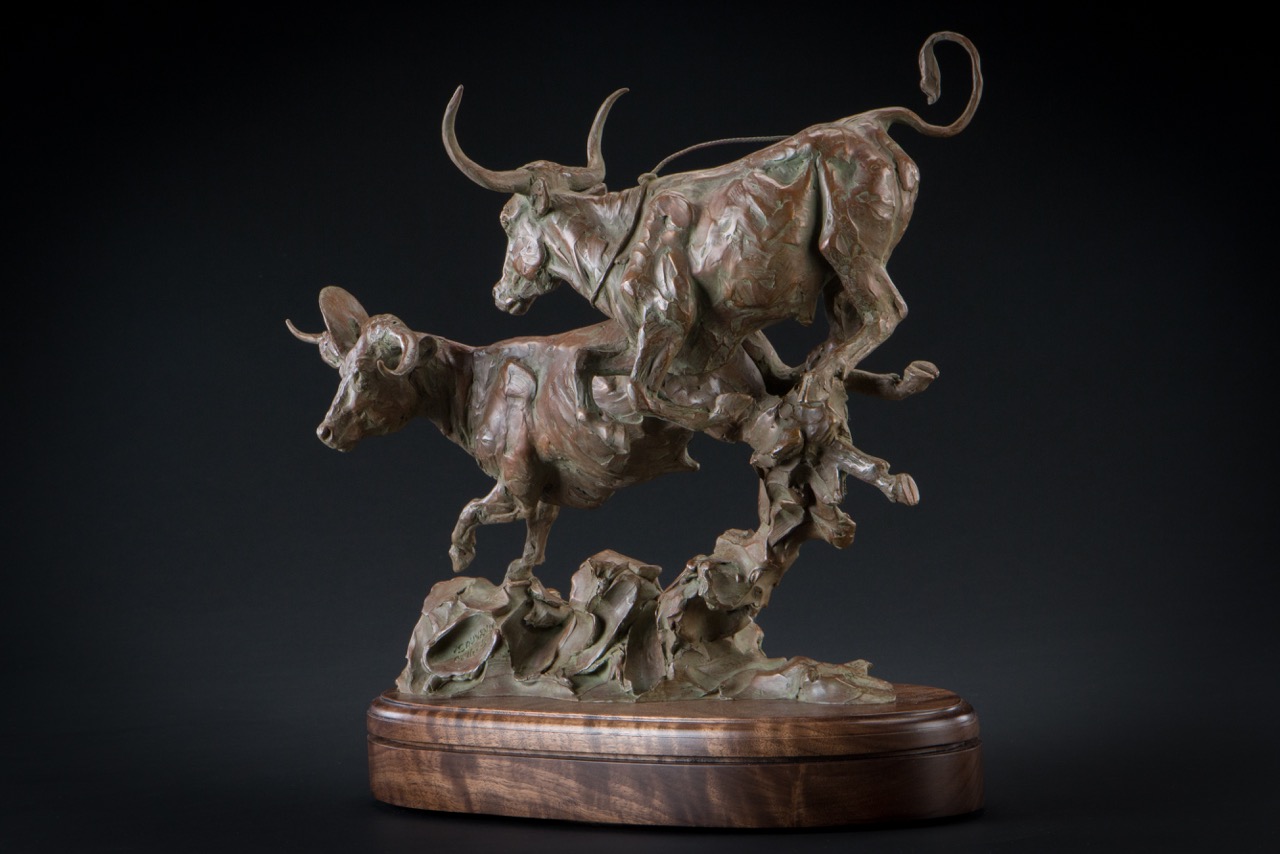 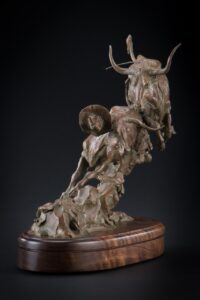 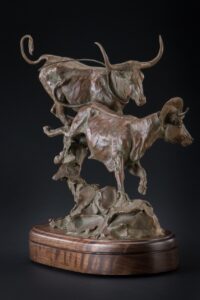 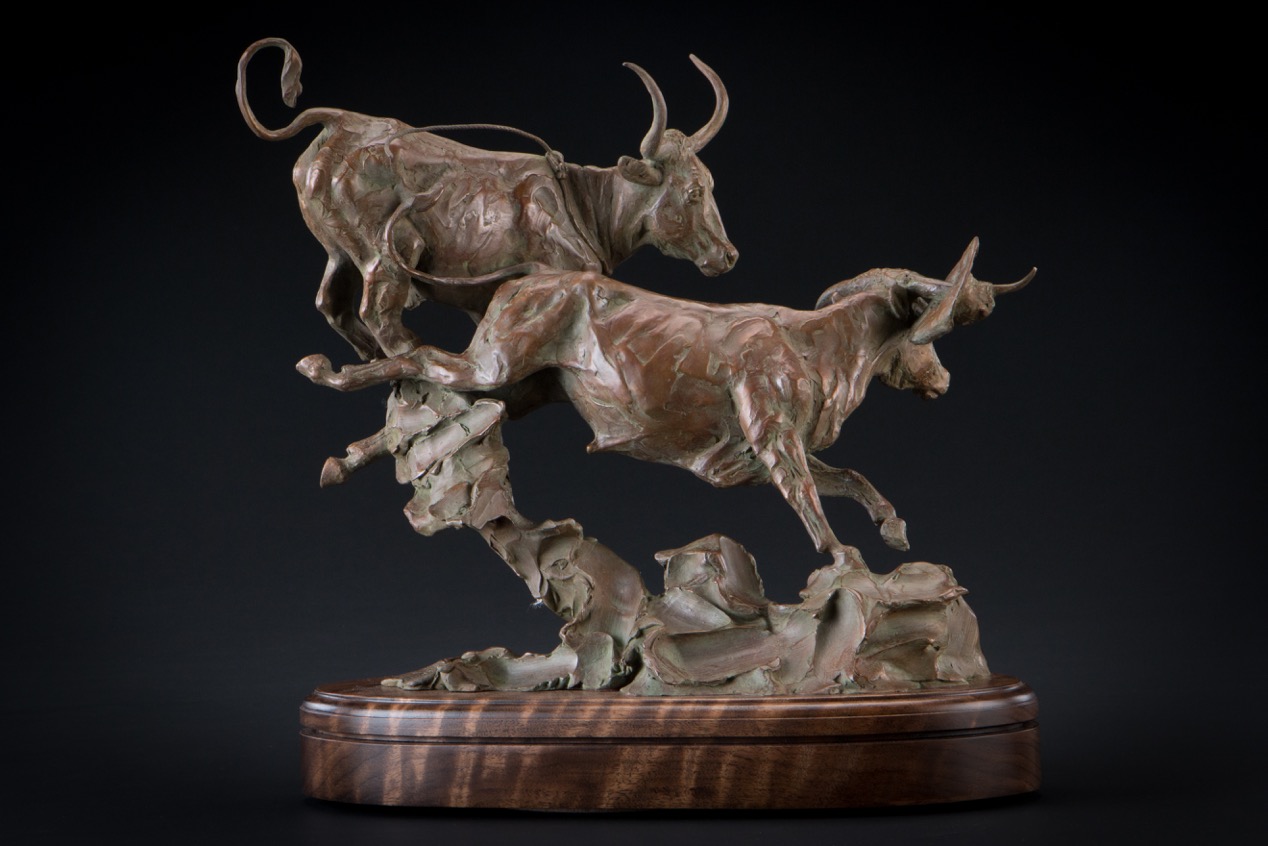 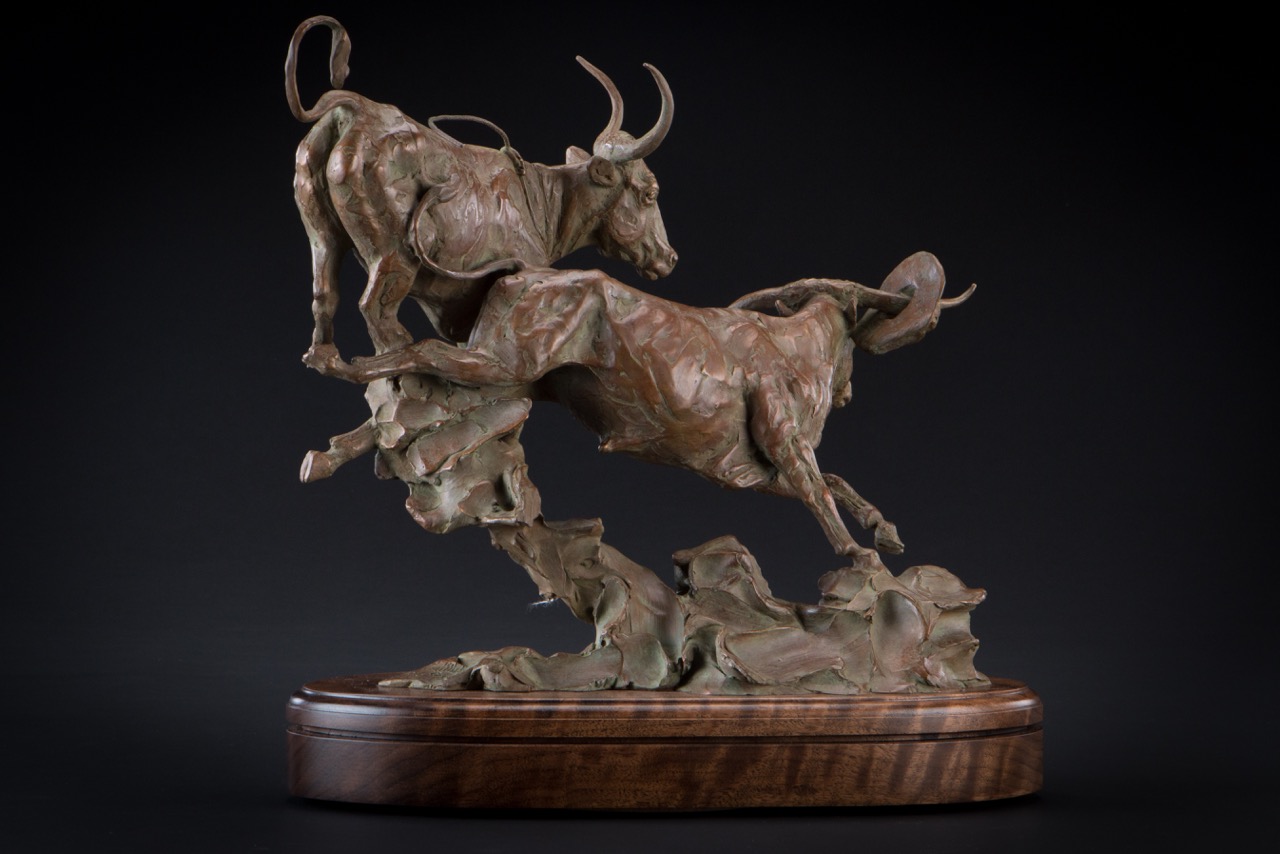 This is a fun piece that is actually a combination of two stories. The first story came from “Arizona Cowboys”, a wonderful book by Dane Coolidge. I have gleaned much from it with more are to come.  The other was a similar story combining the two made a great combination.  The era is 1914-15 and it is set in Tempe, Arizona.

One of the large ranchers had been on a roundup on his vast lands east of Tempe.  Cattle were shipped from the rail head in Tempe to markets throughout the country.  Remember, these cattle were as wild as they come. They had very little handling, and the cowboys and vaqueros who brought them down out of the mountains had their hands full.  All the way down, there were two steers trying to break away from the herd and get back to the hills. Time and again their efforts were thwarted by the capable vaqueros and their mounts.

They had the herd bunched together to brand them. They worked them in open country with some of the cowboys and vaqueros holding the herd, while others worked on the ground crew.  And still others roped cattle and brought them to the fire to be branded. The work was hot, sweaty and hard, but they were making good progress. Suddenly things changed.

As two of the ground crew were letting up a steer they had just branded, they looked up to see a very large steer coming right at them full tilt.  And to boot, there was not only one, but two. It was those same trouble makers that had been so much trouble the entire drive. Well, the steers were so close, there wasn’t much time to do anything but start yelling and try to turn them. So one of the cowboys started yelling and the other took off his hat and started waving it to turn the pair of renegades. One of the vaqueros from the herd was bringing up the rear, reata in hand.  The man on the ground stood his ground until it was apparent the steer was was aiming for him and not going to turn. As the cowboy jumped out of the way, the steer hooked his head toward the man and the horn of the steer hooked the hat and it was gone!

As the second steer flew by, the vaquero that had been after them got his reata on the lagging steer and took his dallies around the horn. He tried to turn the steer but his reata broke, and off went the steer in hot pursuit of his partner in crime.  Well, that was very unfortunate for the rancher and the cowboys, but the steers were sure happy.

The loose textures of the steers really accents the action of the piece and the raw boned nature of the cattle. The composition of this piece causes it to just fly off the pedestal. These two steers were happy with their get away. They carried with them  momentos thus they became “Souvenir Collectors”.