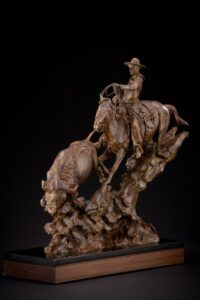 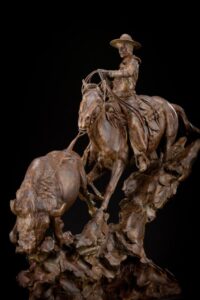 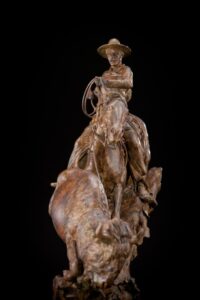 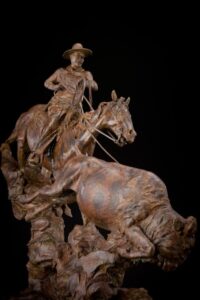 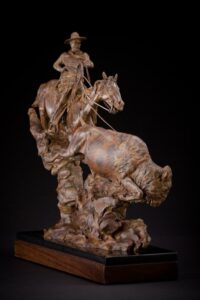 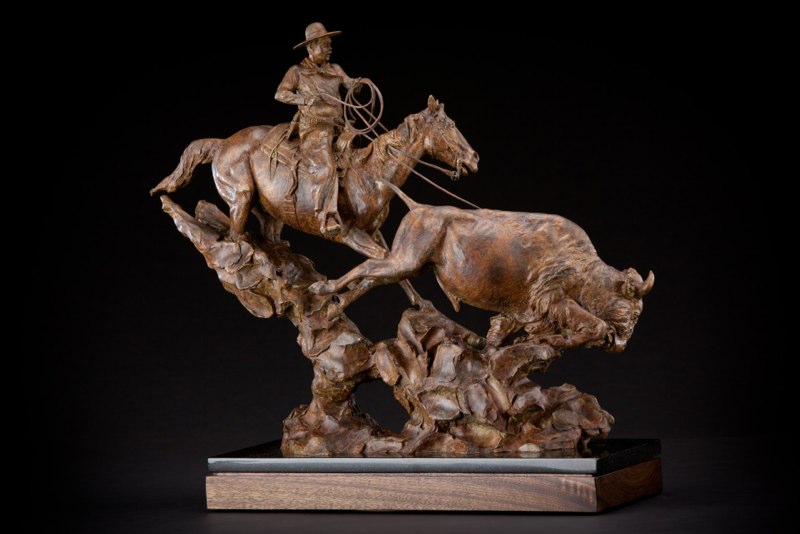 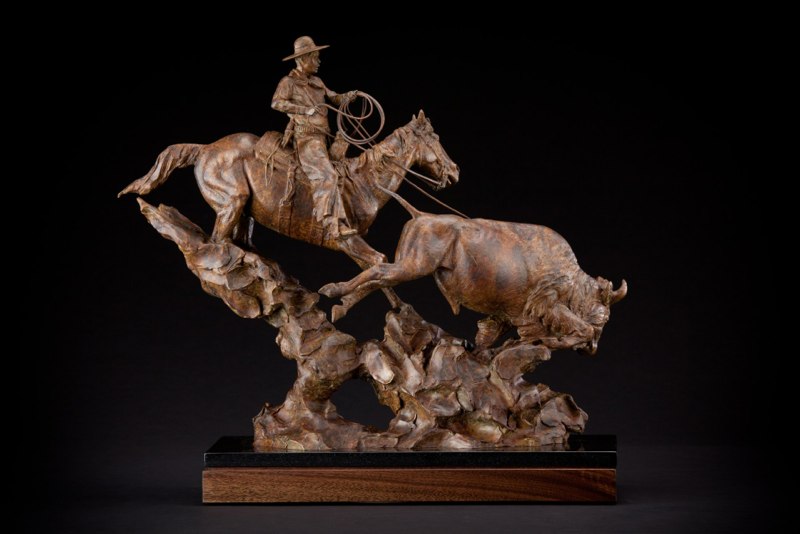 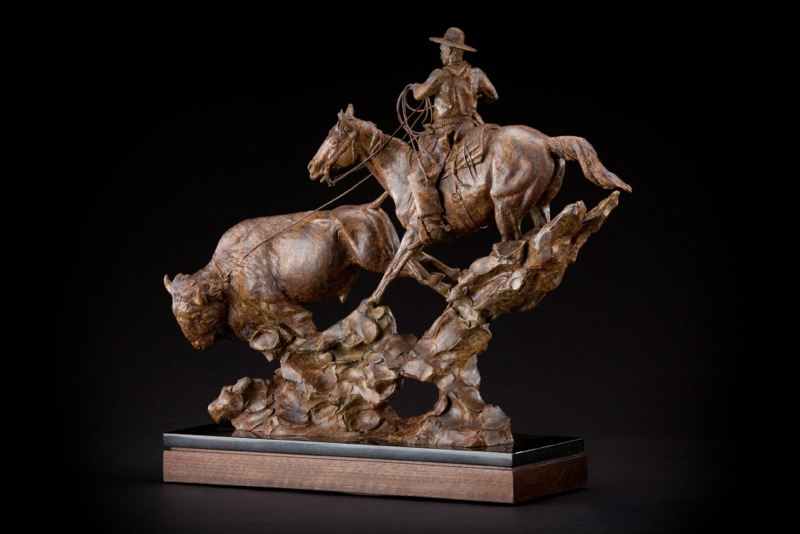 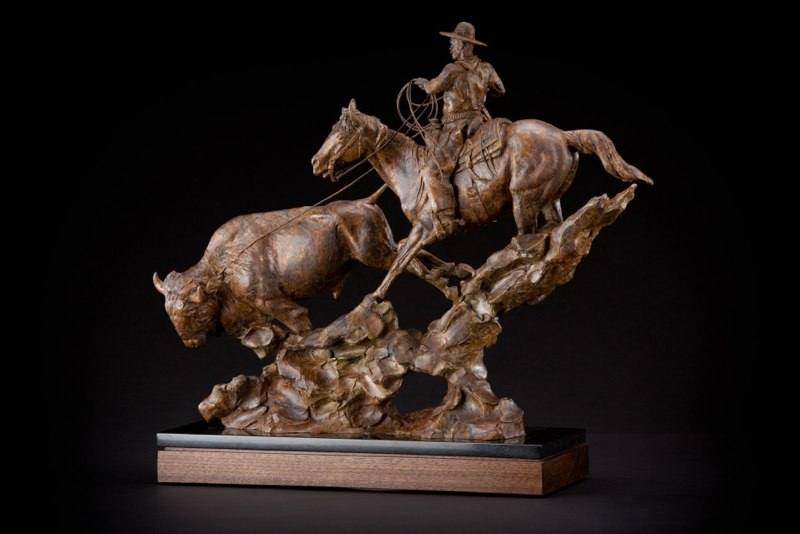 This is one of the most unusual stories I have run across. It comes from the book “Charles M. Russell, Word Painter”. This is a book of illustrated letters written by Charlie Russell with many of his fine watercolors.

The letter, that this piece is based on, is written to Patrick “Tommy” Tucker. He and Russell were cowboys in the Judith Basin of Montana. The story begins on July 3, 1883. They and a couple of other cowboys were working the Cottonwood range of the Judith Basin. Charlie spotted some buffalo and it was decided that they should haze them into the herd of cattle they were taking to the round-up grounds. With the next day being the fourth of July, they could put on a great Wild West Show with the addition of the buffalo. They managed to get the buffalo to the round-up grounds with the cattle. Extra night herders were put on, and they went to bed anticipating a big day on the fourth!

The captain of the roundup picked out fourteen good ropers. Tommy was selected and he chose Charlie to rope with him. Tommy rode his best horse, Bunky, who he claimed was the fastest horse in the Northwest. They proceeded into the herd, Tommy to head the buffalo, Charlie to heel. Tommy had made a new reata the previous winter; he had it out and built his loop. The buffalo bolted out of the herd with a bunch of cowboys riding hard behind them. Tommy selected a four year old bull and off they went!

They ran for a mile or so and Tommy made his shot. It was a long throw and it sailed around the buffalo’s head, but unfortunately, the bull stepped into the loop. That meant, the buffalo wasn’t going to be stopped by anything. Tommy, however, was undeterred and set Bunky to stop and jerk that buffalo around. Bunky was game and went to stop the bull. They were heading down a long slop and when the buffalo felt the reata tighten around his neck, he just charged on, dragging Tommy and Bunky behind him. For thirty feet Bunky gave a valiant effort, but Tommy had to take the turns off his saddle horn and let his bull, and his new reata, go. The buffalo charged over an embankment, into a river and swam away. The last he saw of his new reata, was it wiggling like a snake through the grass behind the bull.

With a story like that, how could I not create a sculpture? The saddle Tommy describes in his book and that Russell depicts in his letter is a classic Texas saddle. It has front and back cinches and is Sam Stag rigged. The horse has a Hernandez style bit in his mouth with a flat rein. Tommy wore a Plainsman hat in the portrait I used to get his likeness. It is also in the illustration in the letter. Shot gun leggin’s and small rowelled spurs round out his outfit.

Little did Tommy know that day that he would end up with a “Loop Full of Fight”.