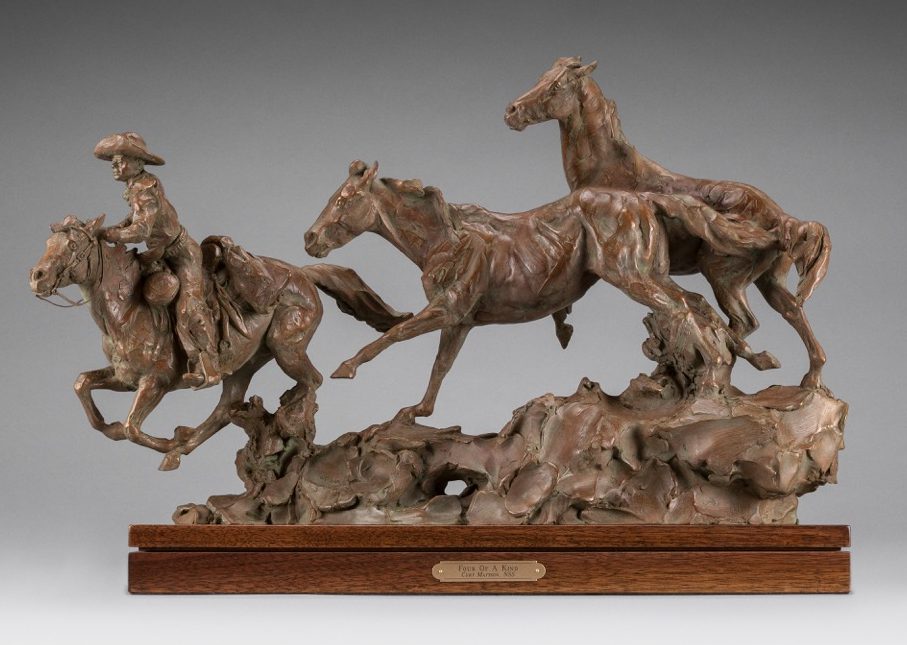 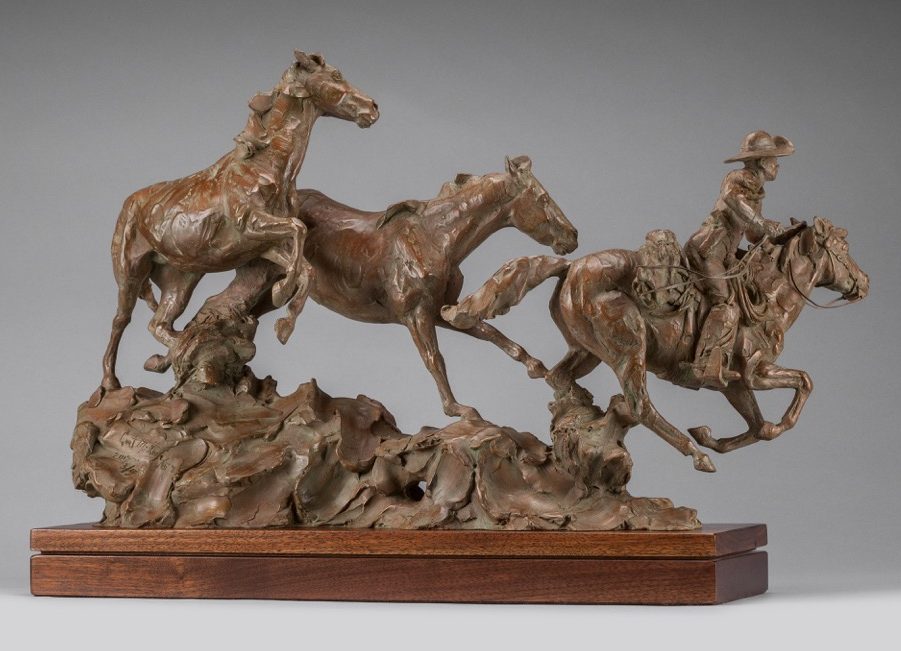 Wow this is my kind of story! It is the true story of a man named Bob Lemmons. Bob Lemmons had a fascinating story and life. He was a former slave who traveled into Texas after the Civil War. He went to work for a man named Duncan Lammons. Bob took a variant of his last name as his own, “Lemmons”. He began to mustang in southwest Texas in an area nicknamed Wild Horse Desert.  These horses were in high demand during the trail drive era, 1870’s through 1880’s. They were needed for taking cattle north to the railheads to be shipped to markets in the East.

During this time, Lemmons became a legend for the method he used to bring in these wild horses. He would work alone,  following a herd of mustangs until he became accepted by the herd. Lemmons had to wear the same clothes, use the same canteen, poncho, everything so the herd would not catch any new smells. He had his food hung in trees at predesignated places and had to use the same way of wrapping the food. He always rode a stud, as the studs are the leaders of the band. They protect the herd, look out for danger, and make the decisions when to move for feed and water. Once accepted by the herd, he would become leader of that herd. He could then direct them into large corrals that were set up in advance by men who worked for him. He would get the herd into a lope, horses following behind, and lead them right into the corral. By catching the horses this way, they didn’t get hurt, were handled in a quieter fashion so the introduction to domestic life was not as dramatic as the methods used by the traditional mustangers.

He was so successful he was able to buy a 1200 acre ranch of his own. He learned to read and write, married and had eight children. During the Great Depression he was able to help neighbors with their needs. He lived to around 100  years old.  What a story!

In the piece Lemmons is riding his stallion, Warrior, as he leads the beginnings of a herd toward the corral. Lemmons is using an early Texas style Sam Stag rigged rimfire saddle. That means it has two cinches. He is riding without chaps, as was common in the early trail drive era. A pistol for protection, his rope and poncho round out his gear.  His horse has minimal gear, a plain ring bit, flat reins, nothing fancy here.

Lemmons is up and over his horse as he approaches the corral, mares close behind. Lemons said “I grew up around mustangs… I acted like a mustang… I made them think I was one of them.” It was an extraordinary feat of horsemanship when he and the mustangs were “Four of a Kind”.